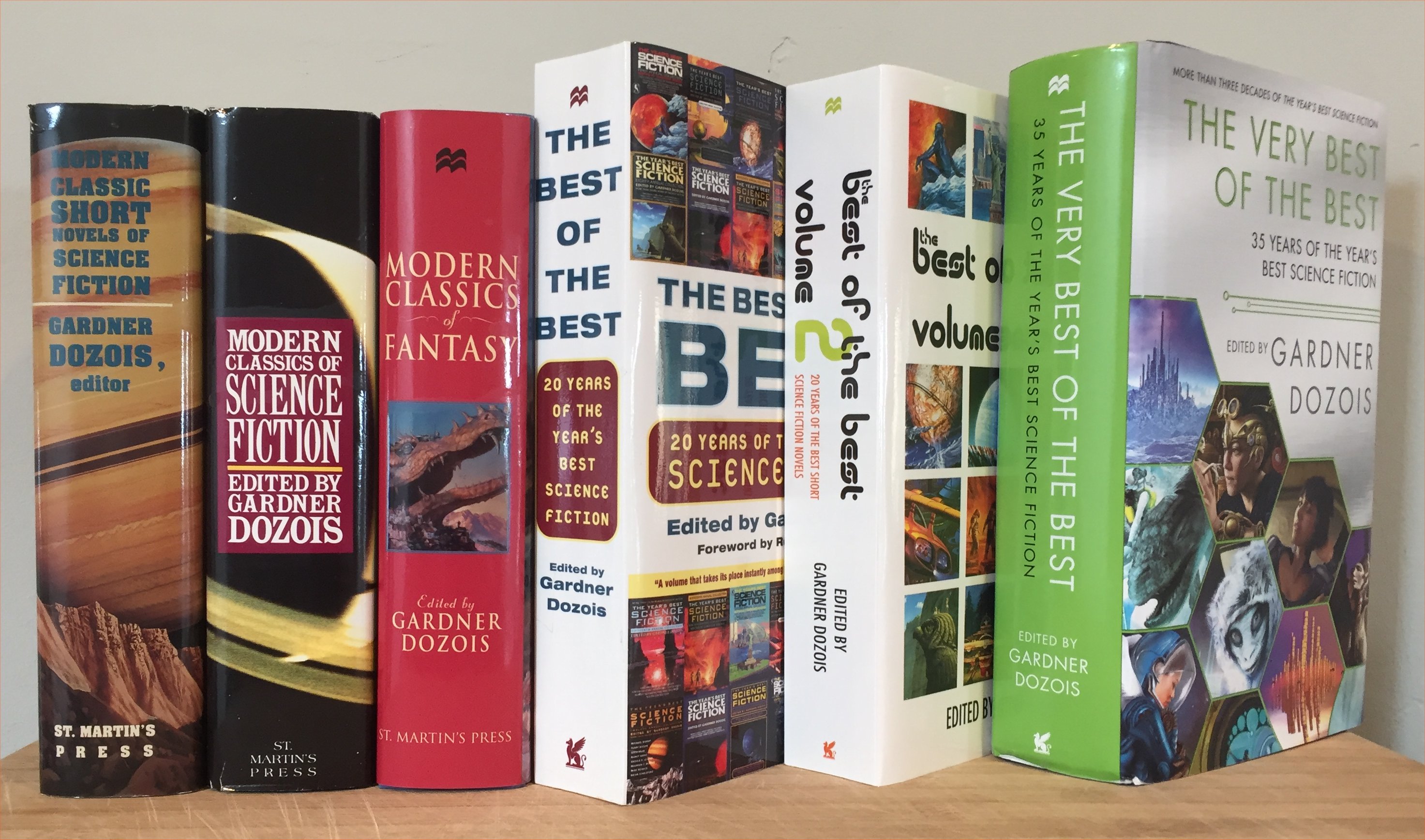 As Robert Silverberg did for Arbor House a decade earlier, Gardner Dozois produced three big retrospective anthologies in the 1990s for St. Martin's. (Actually his first volume was published in the UK by Legend (as The Legend Book of Science Fiction) a year before its US release, but it was St. Martin's in the US who followed up with two additional volumes in matching formats.) Dozois' introduction emphasizes that the book contains stories that most impacted him as a reader, rather than being any kind of historical overview or objective compilation. Thus his lower historical boundary is the mid-1950s, about the time he started reading SF himself.

He also notes that he omitted famous stories by Keyes, Clarke, Asimov, et al, for being already heavily anthologized -- and includes a long list of other stories he would have liked to have used.

Dozois' second volume, like Silverberg's second Arbor House volume, was a volume of short novels, or novellas. Thus, longer, though fewer, stories than in his first volume. The scope is roughly the same as in the first volume: late '50s to early '90s. And as in the first volume, Dozois mentions in his introduction stories he might have included were they not already over-exposed (or unavailable), and emphasizes that his selections are those that appealed to him personally, as a reader.

Dozois' third "Modern Classics" volume was a collection of fantasy stories. His very long preface describes his belated appreciation of fantasy, as opposed to science fiction, and addresses the ambiguous distinction between science fiction, fantasy, and horror. And as in his previous volumes, he mentions many stories that, for one reason or another, are not included here, no matter how highly he regards them.

Dozois did two "best of best" selections drawn from his first 20 Best of the Year anthologies done for Bluejay and then St. Martin's. The first volume includes stories published from 1983 to 2002, and there are indeed some overlaps with the earlier Modern Classics volumes. Reflecting a common pattern, Dozois' second "best of best" anthology is devoted to novellas (though his earlier volume had included novellas by Kress, MacLeod, Marusek).

The final volume here is a sequel to the previous two: the best stories from the last 15 annual anthologies, stories published from 2003 to 2017. (The title is misleading -- the stories are from a span of 15 years, not 35.)