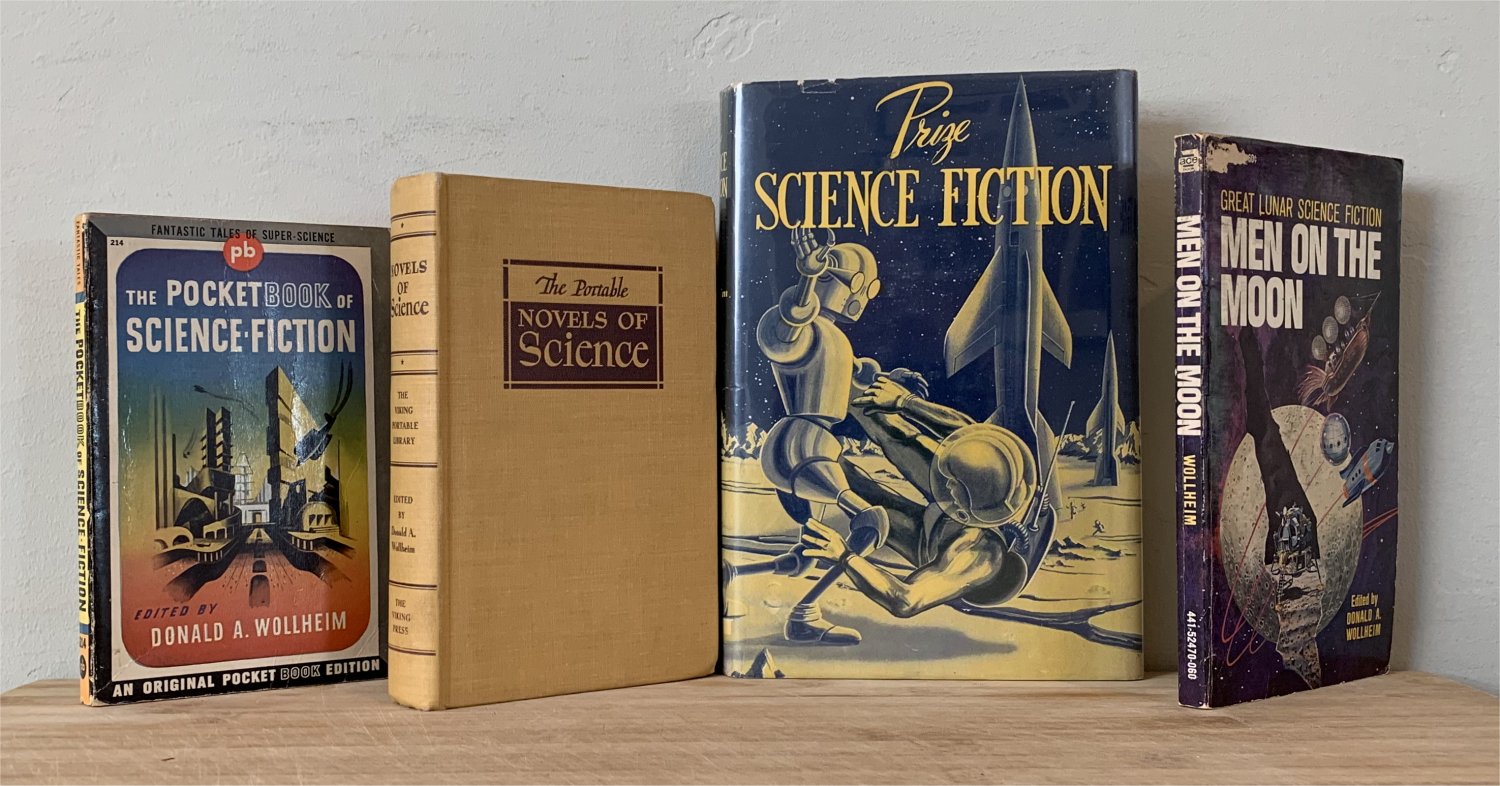 The first anthology to contain the words "science fiction" in its title was a slender 1943 paperback, The Pocket Book of Science Fiction, the first anthology from Donald A. Wollheim, an occasional writer since the 1930s and editor of two SF magazines beginning 1941. This landmark anthology includes still-enduring stories by Stephen Vincent Benét, Stanley G. Weinbaum, John W. Campbell (as Don A. Stuart), Theodore Sturgeon, and Robert A. Heinlein, and also over 80 pages devoted to a story by the now-forgotten T.S. Stribling, a story that has never since been reprinted.

Wollheim's next book was a hardcover, The Portable Novels of Science. More an omnibus than an anthology, it includes novels by H.G. Wells, John Taine, and Olaf Stapledon, and a novella by H.P. Lovecraft.

And his third volume was the anonymously-edited The Girl with the Hungry Eyes, one of the earliest "original" anthologies of stories that had not already been published.

Donald A. Wollheim led a career of 50 years as editor, writer, and publisher, founding the eponymously named DAW Books in 1972. He did a over a dozen anthologies in the 1950s and '60s, most of them paperback originals of modest size; he never did large hardcover volumes like those of Healy/McComas and Groff Conklin. Shown in the photo is Prize Science Fiction, a best-of-year anthology of 12 stories chosen by the "Jules Verne Award Committee" headed by Forrest J Ackerman; no further volumes followed. Also, the 1958 anthology Men on the Moon was revised in 1969 (that edition shown here) with 45 additional pages of essays by SF authors responding to the Apollo 11 moon plaque and I.F. Stone's proposed counter-message.

Wollheim's most significant later anthologies were two series of best-of-the-year annuals, first for Ace then for DAW, which ran from 1965 to 1990.

Most frequent sources, all of them magazines: Astounding (25), Weird Tales (12), then Amazing and Planet Stories (10 each).