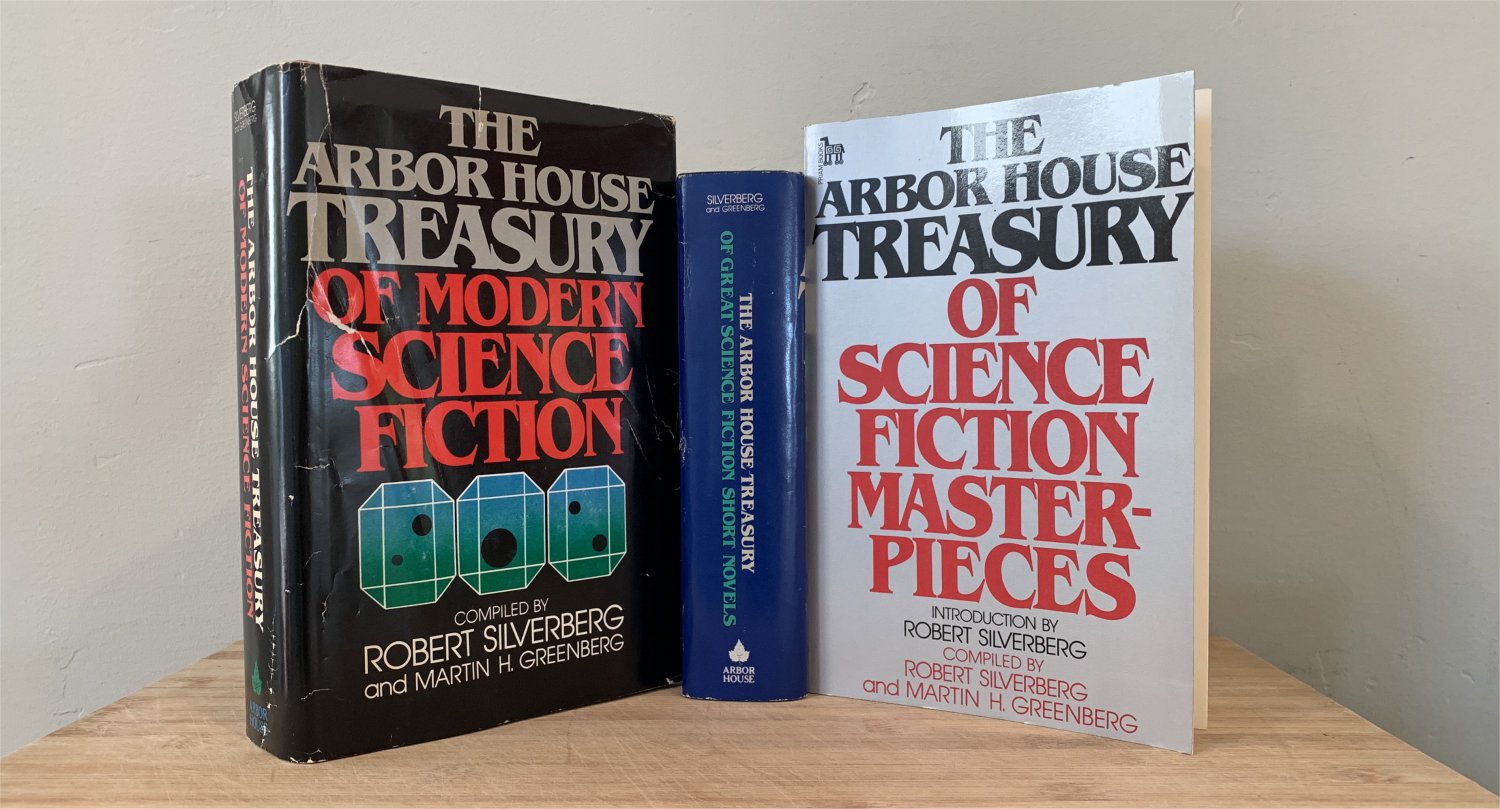 Robert Silverberg, with co-editor Martin H. Greenberg, produced three large anthologies of science fiction for Arbor House in the early 1980s. The Treasury of Modern Science Fiction followed the last volume of Silverberg's Alpha series by two years, with more than a few stories that had appeared in those volumes (13, to be precise), reappearing among its 39 stories. Like the Alpha volumes, then, this first Arbor House volume represents Silverberg's personal taste and standards for excellence in SF, as much as it does a historical assessment of the field.

Silverberg's introduction explicitly recalls the two big 1946 anthologies, Adventures in Time and Space and The Best of Science Fiction, and so he deliberately scopes this volume to include nothing written before 1946, to provide a modern supplement to those earlier standards.

The second volume, published the same year, focuses on short novels, or novellas, and discusses the difficulty of reprinting notable works of these lengths in anthologies with limited space. (Silverberg did an earlier, paperback anthology, Great Short Novels of Science Fiction, that just preceded in 1970 the first volume of his Alpha series. Three of that book's six stories are among 15 stories here.) This volume slightly relaxes the first one's scope; one story here was published in 1945, and Silverberg's introduction mentions that one story was written as early as 1941.

The third Silverberg Arbor House anthology followed in 1983, with an expanded scope: "to trace the evolution of today's science fiction by linking the earlier 'mainstream' s-f literature to the best of the pulp-magazine work of modern writers." The lower boundary is set at Edgar Allan Poe; the upper boundary is the year of the book's publication.

As with Silverberg's first Arbor House anthology, there is some overlap with his earlier Alpha anthologies; 12 of the stories here appeared earlier in those nine volumes.