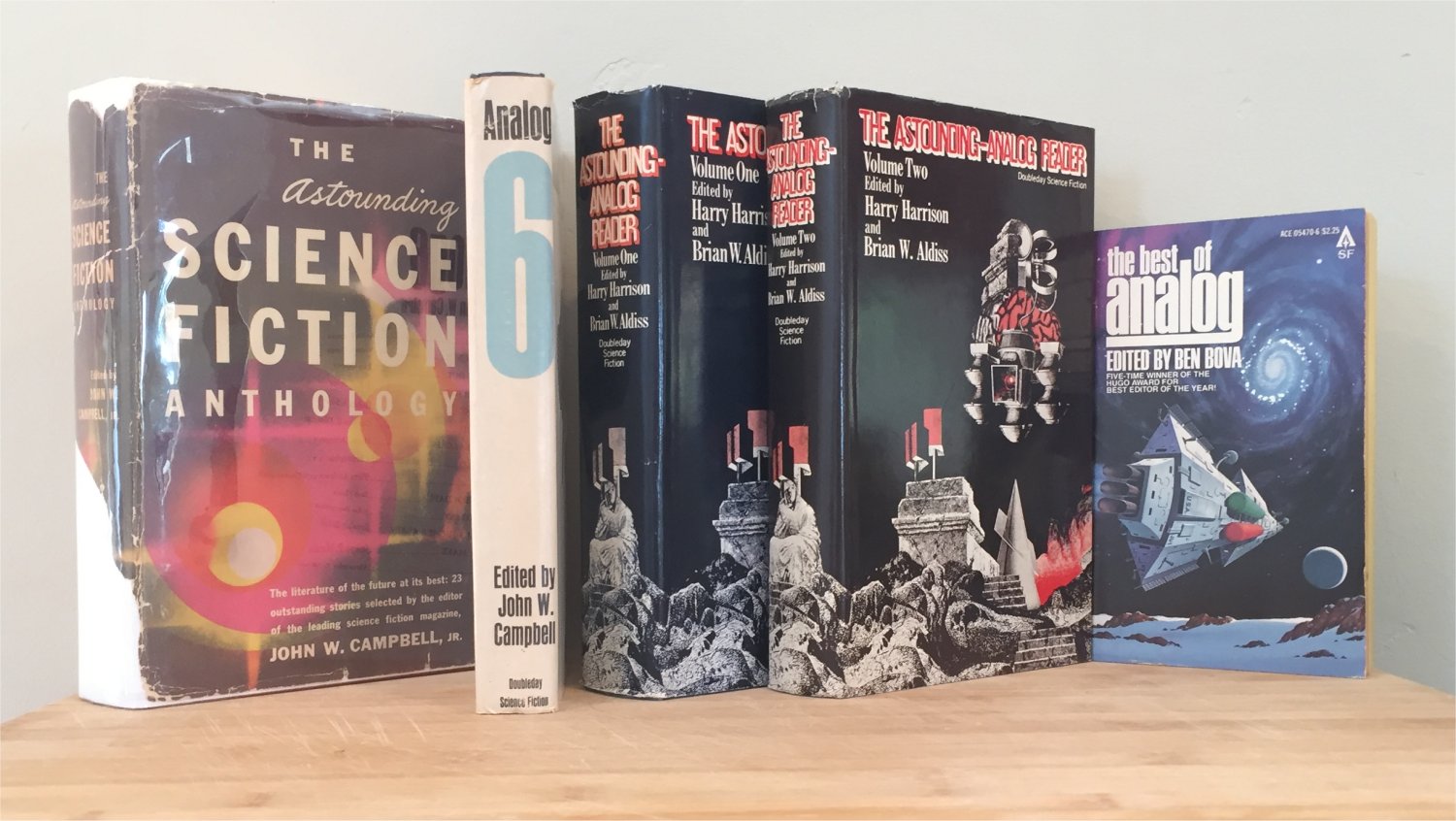 Astounding Science Fiction launched in 1930 and, under the editorship of John W. Campbell, Jr. beginning in 1937, dominated science fiction in a way no magazine or single publisher has ever since. Evidence can be seen in the two major SF anthologies of 1946: 29 of the 33 stories in Adventures in Time and Space were from Astounding; 24 of the 40 stories in Groff Conflin's Best of Science Fiction were from Astounding. Some five years later, as rival magazines of different styles emerged (The Magazine of Fantasy and Science Fiction and Galaxy, in 1949 and 1950), Campbell put together his own nearly 600-page selection of 23 stories from Astounding assembled in 1951 and published in 1952, of which only three -- "Blowups Happen," "First Contact," and "Nightfall," are repeated from the 1946 books.

Campbell's introduction places science fiction in the context of human civilization and its development since the Renaissance: SF as the literature of the Technological Era.

The 1950s saw F&SF and Galaxy take some of the wind out of Astounding's sails, and both published series of annual anthologies collecting their best stories into hardcover books. Meanwhile, while Bleier & Dikty's Best S-F Stories volumes included a decent share of Astounding stories -- some 34, in 12 volumes up to 1957 -- Judith Merril's Year's Best SF used 12 Astounding stories and then 14 Analog stories in her own 12 volumes.

In 1960 Campbell changed the name of his magazine to Analog and soon launched his own series of annuals, beginning with bridge volume Prologue to Analog in 1962, gathering 10 stories first published in Astounding from 1953 to 1960. Analog 1 and later volumes followed an annual intervals, though it wasn't until the third volumes that contents were limited to a specific year, as Analog 3 included stories only from 1963. The series slowed with Analog 8, published 1971, covering stories published in 1968 and 1969. And then Campbell died in 1971.

The Campbell era having come to a close, editors Harry Harrison and Brian W. Aldiss published the two-volume tribute anthology Astounding-Analog Reader in 1972 and 1973, gathering 36 stories in chronological order from 1932 to 1965, each volume covering 20 years of the magazine's history. Harrison and Aldiss provide their own commentaries on the stories, and also include Campbell's original blurbs for the stories as they appeared in the magazine.

Ben Bova, just as he was about to resign after seven years, published The Best of Analog in 1978 with 15 stories published since 1972, i.e. from Bova's own tenure, not the entire era of Analog that began in 1960.

The next editor, Stanley Schmidt, celebrated the 50th anniversary of Astounding/Analog in 1980 with The Analog Anthology #1, gathering 23 stories from 1934 to 1979. Initially published in digest format, like the magazine, it was published in hardcover in 1982 as Analog’s Golden Anniversary Anthology. Schmidt followed with three further books also issued first as digests and later as hardcovers, with selections chosen by readers and then by writers.