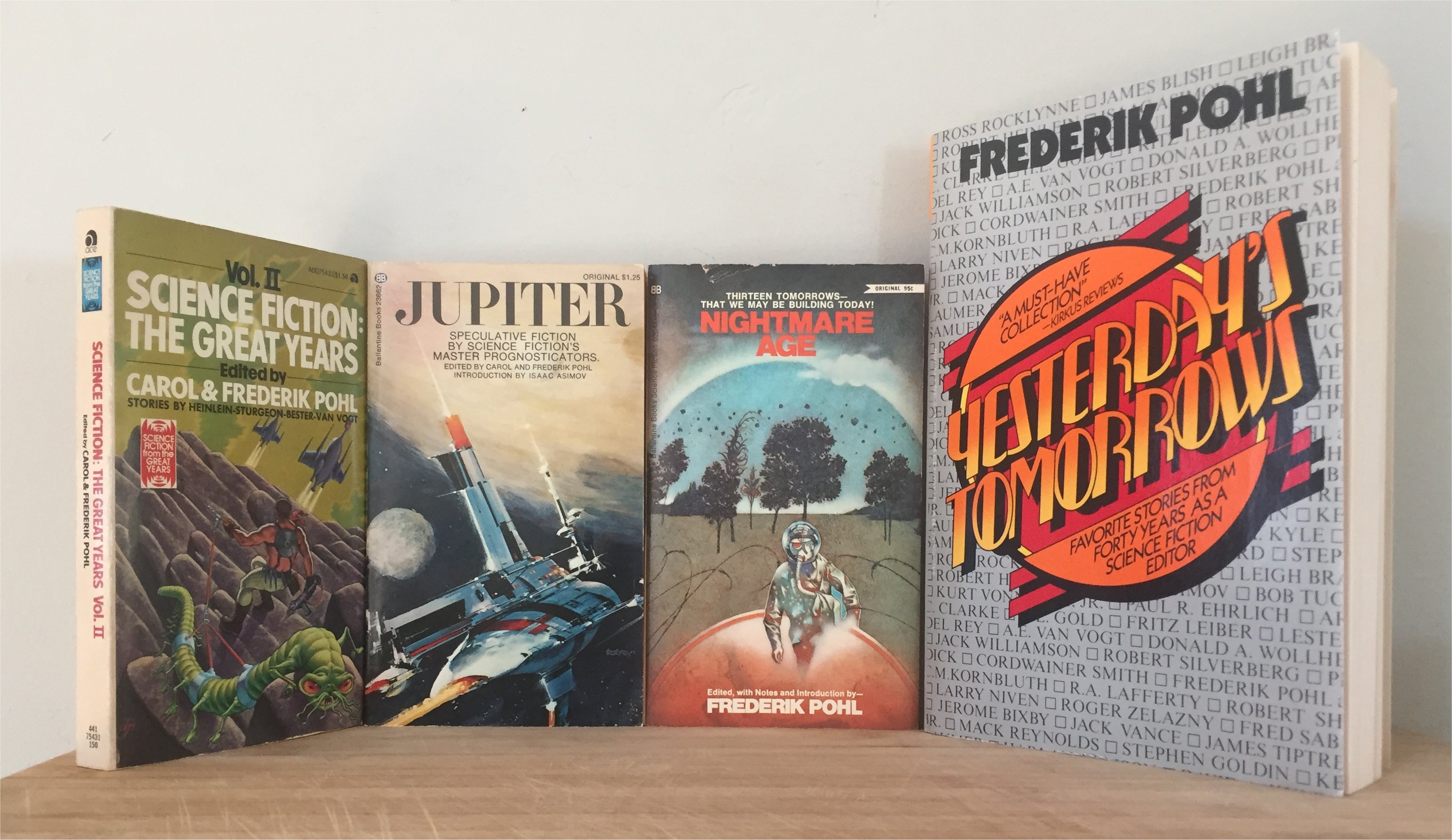 Frederik Pohl was the next anthologist, after Groff Conklin, to produce many volumes over multiple decades. He began with three substantial (300-400pp) volumes in the early 1950s, when he also launched the first series of anthologies of original stories, Star, that preceded later series like Orbit, Universe, and New Dimesions by over a decade. Among many others (like Star not included here) there were volumes of stories from magazines he edited (Galaxy and If), several one-off original anthologies, and volumes of stories by SFWA Grand Masters. Of the theme and select anthologies grouped here, three were co-edited with wife Carol Pohl. The stand-out of the entire group is Yesterday's Tomorrows, subtitled "Favorite Stories from Forty Years as a Science Fiction Editor," with considerable personal material in the introductions about the eras of fanzines, pulps, anthologies, magazines, and paperbacks (including an excerpt from Delany's Dhalgren, which Pohl edited for Bantam Books).