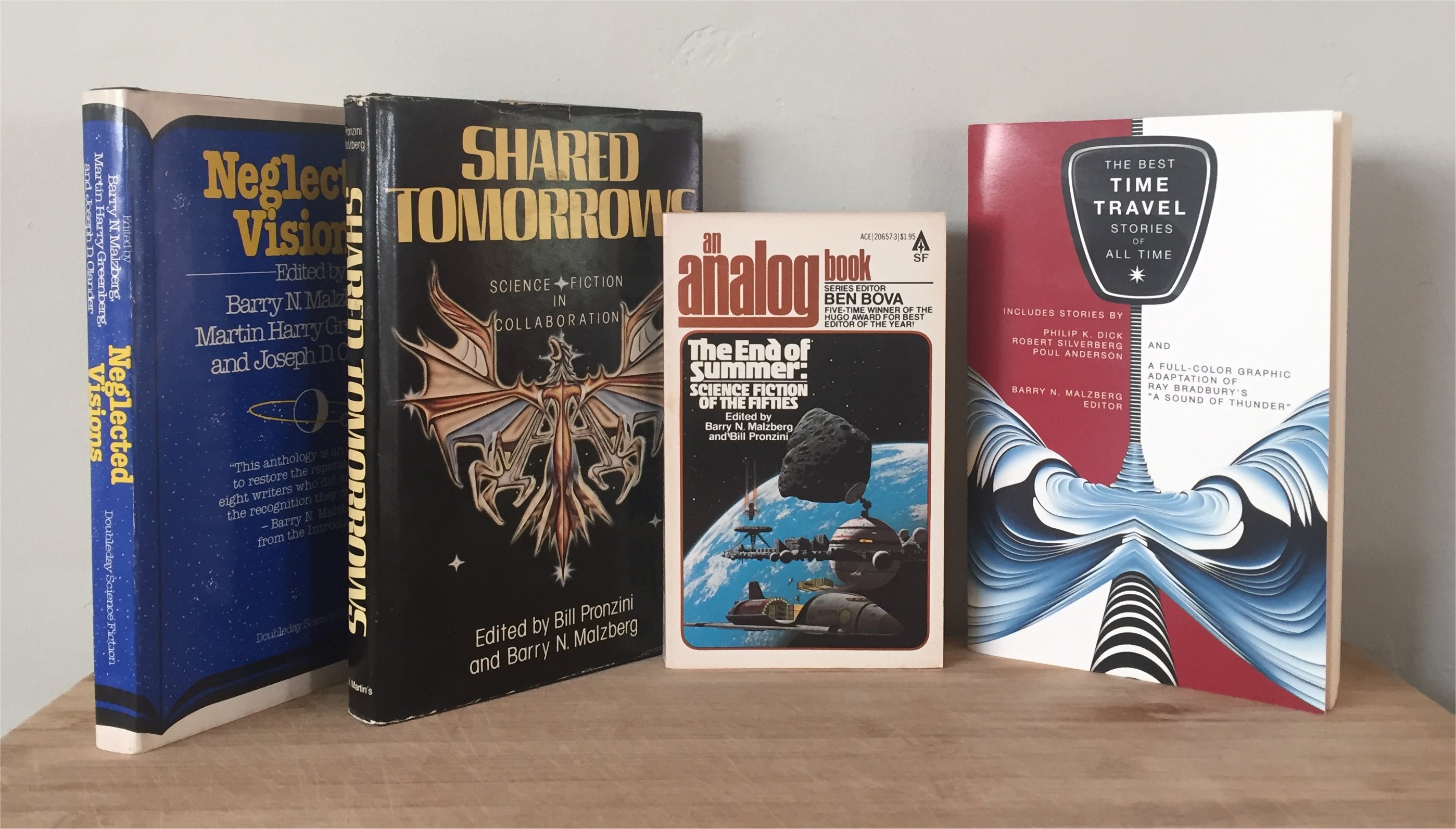 Barry N. Malberg was an acerbic, prolific author of novels and short stories from the late 1960s to the mid-1980s, and was an occasional, eccentric anthologist. All but one compiled with collaborators, his anthologies focused on unusual themes: authors in collaboration in Shared Tomorrows, authors he felt were under-appreciated in Neglected Visions and Uncollected Stars. Crime, sports, and bug-eyed monsters. Compiled elsewhere, his The End of Summer is on the Decade Bests page, while his Arbor House Treasury of Horror and the Supernatural is on the Horror anthologies page. His most recent and only solo anthology compiles best time travel stories of all time, with stories by Bradbury, Knight, Harness, and later stories by Tiptree, Dick, Landis, and Silverberg.