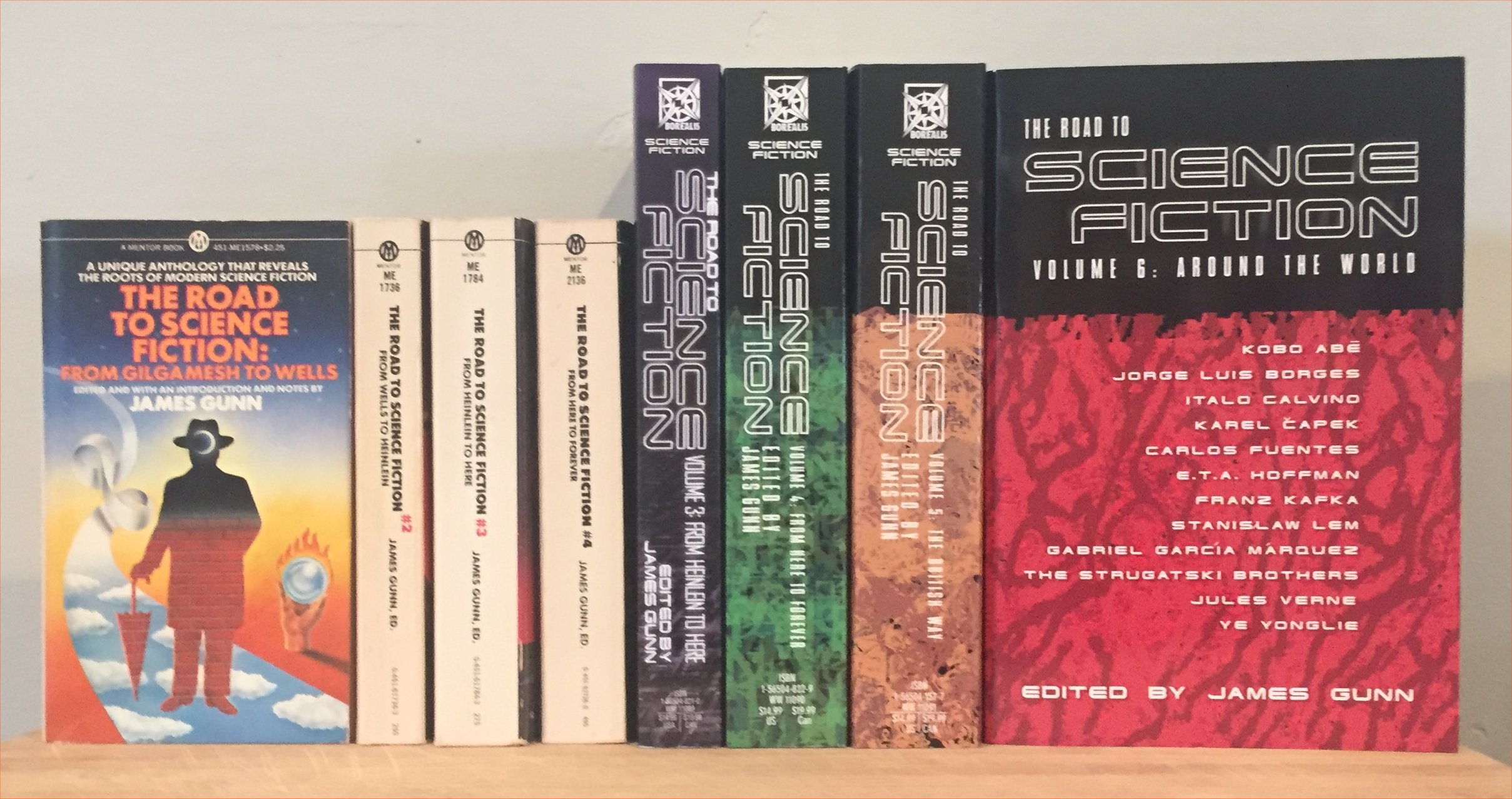 Beginning with The Road to Science Fiction: From Gilgamesh to Wells in 1977, James Gunn produced a total of six volumes of what are designed to be teaching anthologies, collections of stories presented in more-or-less chronological order, and couched by long introductions placing each story in its historical context, as well as reviewing the author's career and their significance in the field. The first volume includes an appendix, "A Basic Science-Fiction Library", that is still maintained online here. The second volume ends with a Chronology of significant SF novels and stories. The third volume includes an extensive index of the first three volumes. The third volume, published in 1979, brought the chronology of contents nearly up to date, with a 1976 story by Joe Haldeman.

The fourth volume, published in 1982, supplements the earlier books, including authors and famous stories omitted from those volumes.

These anthologies are rarities as being, aside from the Science Fiction Hall of Fame volumes, among the very few that have ever been reissued by later publishers. Volumes three and four were reissued by White Wolf, in trade paperback editions, in 1996 and 1997. Gunn produced two new volumes for White Wolf in 1998, volume five covering British SF, and volume six covering non-English language sf (in translation). Then volumes one through four were issued by Scarecrow Press in 2002 and 2003. None of these later editions, however, are still in print.

The first three volumes include numerous excerpts from novels, by More, Kepler, Shelley, Burroughs, Stapledon, and others, not included in the combined contents below.