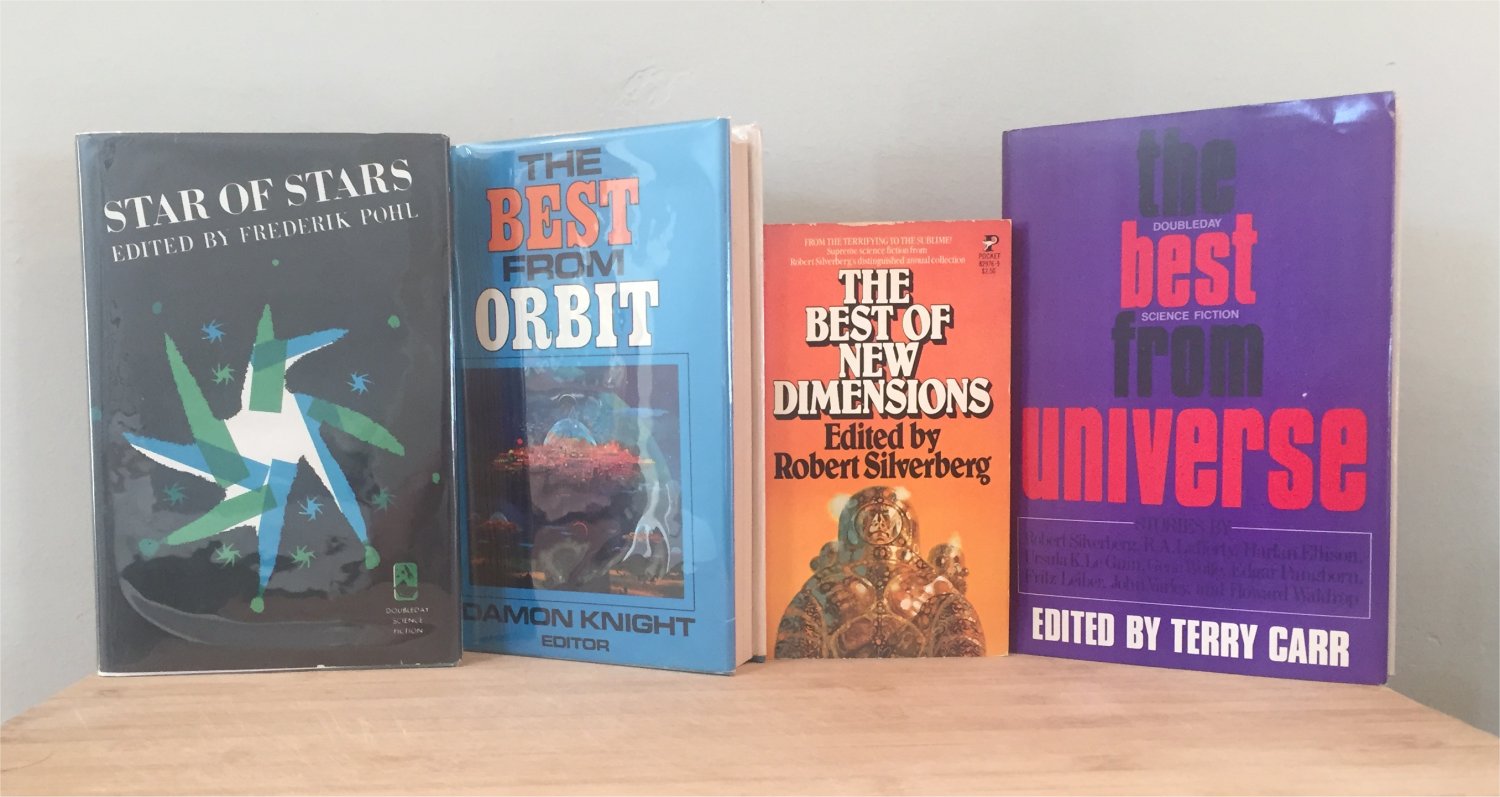 Only four series of science fiction original anthologies have lasted long enough to support "Best Of" volumes in the way long-running magazines have generated such anthologies.

The first was Frederik Pohl Star Science Fiction Stories, which ran six volumes from 1953 to 1959 in mass market paperback from Ballantine (with an additional intermediary Star Short Novels in 1954). Star of Stars appeared in hardcover in 1960, with stories from all six volumes, though weighted toward the early ones.

The second was Damon Knight's Orbit, which ran 21 volumes, in hardcover from Putnam and then Harper & Row, from 1966 to 1980. His Best from volume in 1975 includes stories from only the first ten volumes, in roughly chronological order. Knight's introduction tells the origin story of the series, and the story selections are interspersed with letters from authors (in correspondence with Knight) and readers.

The third was Robert Silverberg's New Dimensions, which ran 12 volumes from 1971 to 1981 in hardcover and paperback: Doubleday for two volumes, Signet for the next two, then Harper & Row for six more volumes until Silverberg turned the series over to Marta Randall for two final volumes from Pocket. Silverberg's Best of, a 1979 paperback original, includes stories from the first nine volumes. Silverberg's introduction and story notes include details about the inspiration for the series and how he discovered each story and interacted with their authors.

Finally, Terry Carr's Universe debuted in 1971 more-or-less simultaneously with Silverberg's series, running 17 volumes from 1971 to 1987. His relatively slender Best from has nine stories from the first 10 volumes, with an introduction and story notes describing the series' origin story, and his interactions with authors.