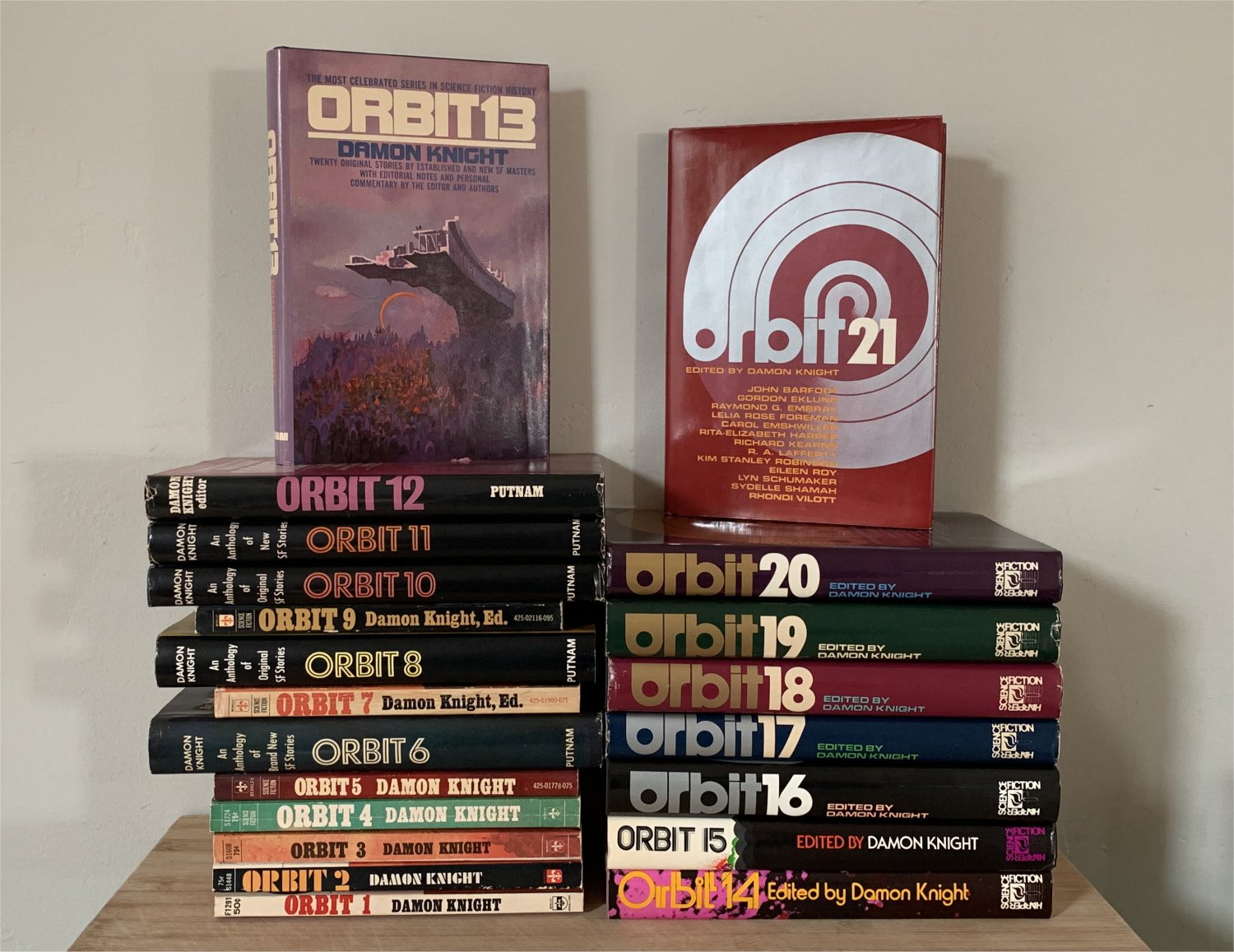 In 1966, Damon Knight -- an established author and critic since the 1950s, and editor of reprint anthologies since 1962 -- launched Orbit, with plans to publish two volumes a year. Knight's introduction states, "all I had in mind was to try to put together a collection of unpublished stories good enough to stand beside an anthology of classic science fiction." Early volumes had brief story introductions, but by volume 5 the stories were presented without any editorial adornments. The series ran 13 volumes in hardcover from Putnam's with paperback reprints from Berkeley, all but the first with abstract Paul Lehr cover art. With volume 12 biographical notes on the authors reappeared, collected into an "Arcs & Secants" section at the end.

The series changed publishers to Harper & Row with volume 14, and additional features appeared: book reviews and sections called "They Say" and "The Memory Machine" that quoted essays or stories without comment. Without paperback editions, Knight explains in his farewell introduction to volume 21, the series was unprofitable and finally expired. That same farewell reflects on the series' ambitions, the authors he discovered and the stories that won awards, and also some famous stories that he had rejected, perhaps to his regret.

Orbit published science fiction more literary, and often subtle or indirect, compared to what the magazines were publishing in the mid-1960s; by the time the series ended, the New Wave had come and gone and the field had grown more diverse.

Knight frequently published several favorite authors, including R.A. Lafferty ("All Pieces of a River Shore," "Continued on Next Rock"), his wife Kate Wilhelm (Nebula-winner "The Planners," "Baby, You Were Great," "Where Late the Sweet Birds Sang"), and Gene Wolfe ("The Island of Doctor Death and Other Stories," "The Fifth Head of Cerberus," "Seven American Nights"). Nebulas also went to Richard McKenna's "The Secret Place," Robert Silverberg's "Passengers," and Richard Wilson's "Mother to the World."