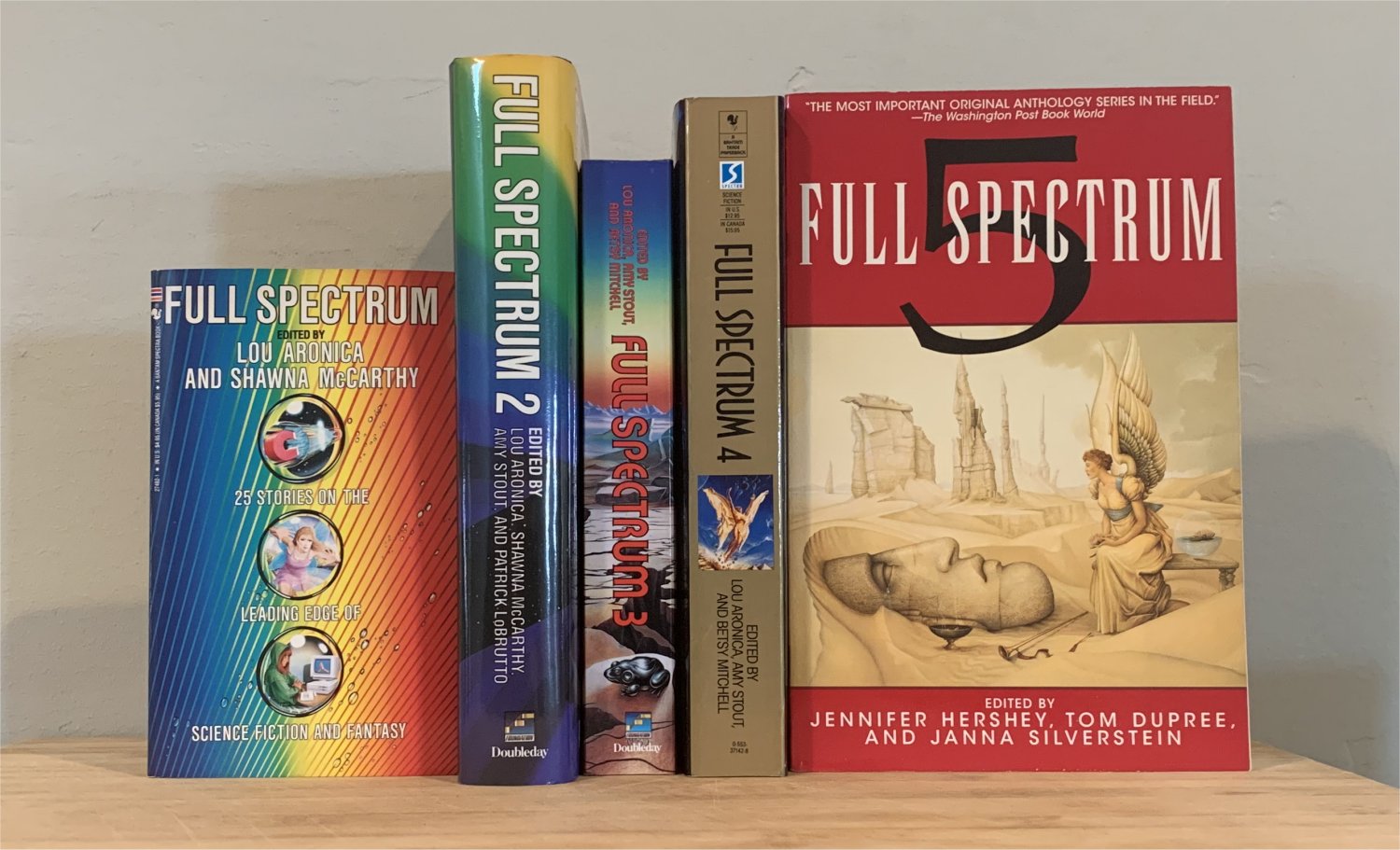 Full Spectrum was the largest most ambitious original anthology series of the late 1980s to mid 1990s, launched by Bantam Spectra editor Lou Aronica and co-edited with Shawna McCarthy and others. The first volume was a paperback original; the second and third had hardcovers from Doubleday Foundation with a simultaneous trade paperback of the third; the last two were trade paperback originals. Aronica left Bantam in 1994, with the fifth volume in 1995 edited by three others.

As the title suggests and the first volume's introduction explains, the editors were open to the entire range of "fantastic fiction," science fiction and fantasy, from the traditional subgenres to the occasional "unclassifiable."

Ten stories from the five volumes were Hugo and/or Nebula nominees. Fives stories from the first volume alone were Nebula nominees in that year, with James Morrow's "Bible Stories for Adults, No. 17: The Deluge" winning. Michael Swanwick's "The Edge of the World" frome volume 2 won the Theodore Sturgeon Memorial Award, while Martha Soukup's "The Story So Far" placed second for that award four years later.